11 Dec A Systems Approach to Finance 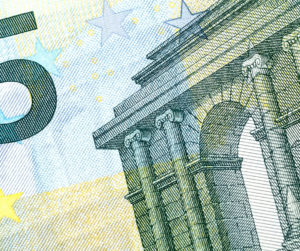 According to Forbes, only 8% of resolutions stick.

If most New Years goals fail, why bother?

In a recent blog post, Scott Adams, the creator of Dilbert, advocates for what’s called a Systems approach to productivity. What does that mean? Adams advises creating systems of behavior, protocols for improvement, instead of chasing goals.

What does  mean for personal finance?

Instead of trying a large-scale rehabilitation of your finances, try putting into place a spending plan for one aspect of your financial life. For example, have a plan in place for eating out: how much you’re willing to spend, how often per week, while still being financially responsible.

Once you’ve got that down for roughly a month and a half – how long a research team in London believes it takes for something to become a habit – migrate to another area of your spending and develop a system there.

While it’s good to have an end goal – “I’d like to pay off my debts by Christmas” – consider a committing to a system that generates a process of debt repayment.

Putting in place a system whereby you increase your monthly debt payments by an amount as small as $5 might seem insignificant, but you’d be surprised at how going above and beyond your payments will improve your confidence (and chip away at your principle).

Again, focus more on creating a system where you save a little bit extra a month – even as little as $5 can provide you with a sense of accomplishment.

We all know finance can be tremendously boring. I can’t remember the last time I got excited about an accounting textbook. But broken into a system, where you read, say, one article a week on an area of finance that interests you, will generate more cumulative financial knowledge than, say, staring down a stack of textbooks and being too intimidated to start.

Though there’s nothing wrong with setting goals, having too many can overwhelm even the staunchest saver, with every setback more demoralizing than the last. Spending and saving are the product of our behavior; splurging every now and then is only a problem when splurging becomes a system, or a series of protocols, that spin out of control.

By adopting systems of small habits that we can develop at a pace we’re comfortable with, we can become more effective, and financially responsible, savers.

Sorry, the comment form is closed at this time.